Late in 2014, after the announcement of the winners of Eden Shorts wildlife film competition UKTV commissioned a half hour programme celebrating the incredible range of skills on display and the hidden talent unearthed. 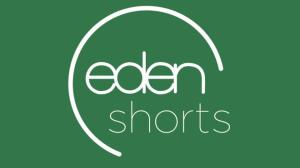 Eden Shorts: From Lens to Screen is presented by Eden Shorts judge Nigel Marven and was produced by his production company Image Impact, a wildlife documentary team who have provided UKTV with many original series in the past, including 10 Deadliest Snakes and Killer Whale Island.

In the half hour, we meet the three commended entrants, the runner-up and the winner, focusing on the key skills or insight they used in order to create such magnificent short natural history films.

The clip below sees Nigel meeting with commended entrant Caroline Tout to explore a key technique she used to film an incredible Exmoor pony sequence in her film “The Secret”.

Ingenuity in filming techniques really sets the bar in this competition and can be the difference between a simple film and one that contains some fantastic behaviour alongside the well-delivered piece on the history of this charismatic species.

Nigel also met with eventual winner Simon Owen to not only find out how he wrote his incredible script but also how he managed to secure such moving shots of British wildlife.

Simon’s narration was what ultimately separated his film “Effortless Beauty” from the many beautiful films received. The judges, Nigel, Michaela Strachan and Emma Boston, were so moved by the combination of Simon’s words and visuals that they unanimously decided on his film as the winner.

Each of the five films display the variety of skills and techniques that are at the disposal of wildlife film-makers and are an inspiration for those wanting to enter similar competitions. Take heed!

To watch Eden Shorts: From Lens To Screen keep an eye on the episode listings on the Eden website.